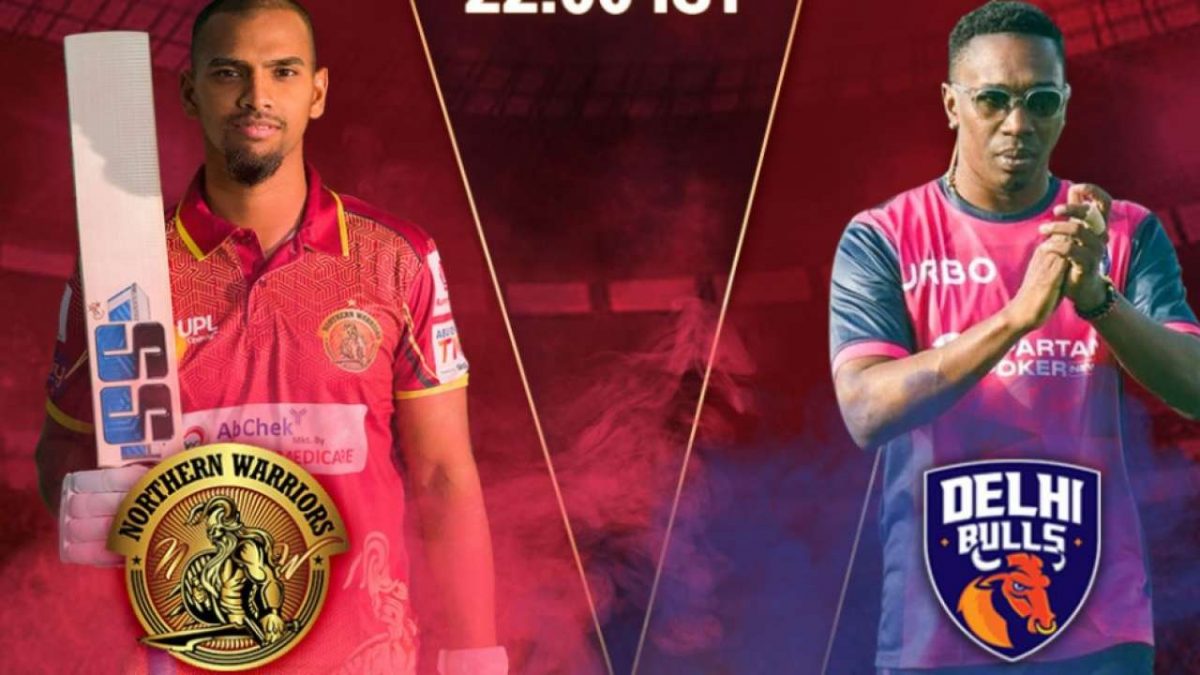 Deccan Gladiators, on batting first, set a target of 119 runs for the Bulls. The openers Evin Lewis and Gurbaz just started with absolute elegance. They put up a partnership of 90 runs for the opening stand. Evin Lewis scored 35 runs from 14 balls. His inning consisted of 1 boundary and 4 maximums.  On the other hand, Gurbaz scored 47 runs from 20 balls with 7 boundaries and 2 maximums.

Unfortunately, Lewis had to depart on the bowling of Tahir for 35 runs. At the same time, even Gurbaz also went on the bowling of Tahir for 47 runs.  From the Gladiators point of view, Tahir picked up 2 wickets. The opening batsmen just ripped apart the Gladiators bowling as they scored at such a tremendous pace that it looked like they will finish it off in a hurry.

Delhi Bulls pulled off an emphatic win by 8 wickets. They secured 2 points to proceed to the next stage. Ali Khan is nominated as the man of the match for his outstanding performance with the ball. DJ Bravo the skipper of Delhi Bulls is absolutely thrilled with the performance of his boys. He along with the team management is very confident that they will progress to the knockout stage with absolute ease.

Butt and Khan put a brake on Gladiators Scoring Opportunity!

Delhi Bulls won the toss and elected to bowl first. DJ Bravo told in the toss that they would love to restrict the Gladiators a total of around 120 runs.

As the Gladiators came to bat, they seemed to be in a lot of trouble, as they lost their openers early in their innings. Ali Khan and Amad Butt, with their brilliant bowling performances each, restricted their opponents to a modest total of 118 runs. Both of them picked up a couple of wickets.

When things were not going Gladiators way, their skipper Kieron Pollard who played a scintillating knock of 47 runs from 18 balls. His innings consisted of 4 boundaries and 4 maximums. Apart from Butt and Khan, Fidel Edwards, Shiraz Ahmed, and DJ Bravo picked up a wicket. Delhi Bulls needs to chase down the target of 119 with absolute ease. If they can achieve it, they will secure 2 points to move to the next round.

Hello and welcome to the Super League stage match 3 of the triple-header today. Deccan Gladiators takes on the Delhi Bulls. DJ Bravo the skipper of Delhi Bulls looks to be very pleased with the performance of his boys. He told the press that they will be looking to put a good show tonight after getting 2 wins in 3 games in the group stage.

The pitch will remain the same as the highest total of the tournament has been so far above 160 score. Dew might come into play in the later half of the second innings. The squads for both the team are as follows:

Delhi Bulls will be looking to put up a good show tonight. This game will be very much important for the Bulls as they want to secure 2 points and proceed for the next stage. Hope we get an even contest tonight.