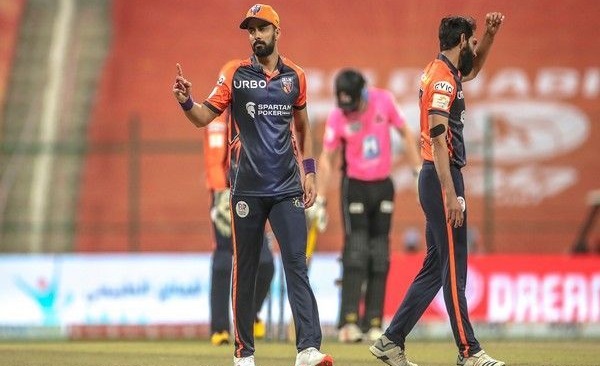 UPDATE: Delhi Bulls won by 8 wickets, with 32 balls to spare.

Pune Devils have set a target of 58 runs for the Delhi Bulls. It was Gurbaz and Evil Lewis who opened the batting for the Bulls. In the opening three overs of the match, Gurbaz dominated the Pune Devils bowlers.  He played a cameo of 26 runs from 14 balls. His inning consisted of four boundaries and one maximum.

Unfortunately, Gurbaz got dismissed by Mohammad Amir for 26 runs. Bopara failed to score any much runs as he was the second wicket to fall for the Bulls. Ansari picked up the scalp of Ravi Bopara for two runs. Lastly, it was Sherfane Rutherford playing a blinder for his team. He scored a quickfire 14 runs from 3 balls, including 2 maximums.  Lewis remained unbeaten on 13 runs. His innings consisted of one boundary and one maximum.

Delhi Bulls completed the run chase within 4.4 overs. It is the biggest win for the Bulls in the history of the T10 league. DJ Bravo is happy with the performance of his boys. This win will help them in their net run rate when it comes to the knockout stage. Ali Khan received the award of the man of the match for his outstanding bowling performance.

DJ Bravo the skipper of Delhi Bulls won the toss and opted to field first. Pune Devils having put in to bat first lost wickets at regular intervals. It was an excellent bowling display from the Delhi Bulls bowlers. Ali Khan alongside Amad Butt made the life of the Pune Devils batsmen a living hell.  Ali Khan picked up 3 wickets to his name. Whereas, Amad Butt picked up 2 wickets.

Pune Devils point of view, Kennar Lewis and Devon Thomas were the only batsmen who got in, scoring 15 runs each.  They ended their innings on 57 runs for the loss of 7 wickets. The target for the Bulls is 58 runs and we don’t think it’s going to be much of a worry in fact more of a breeze.

Apart from, Butt and Khan, it was Fidel Edwards and Shiraz Ahmed who picked up 1 wicket each. DJ Bravo seems to be very happy with the performance of his boys. If Delhi wins this match then they will proceed to the knockout stage without any worries. Delhi Bulls hope to win this match comfortably. Live action of the second innings coming right up.

Hello and welcome to the second game of the triple-header between Delhi Bulls and Pune Devils. If Bulls win today’s game, they will move to the Knockout stage for sure.

DJ Bravo the skipper of Delhi Bulls seems very happy with the performance of his boys so far. He is confident that they can win tonight’s game with absolute ease. They won their last game against Deccan Gladiators quite easily as well, with 8 wickets and 11 balls to spare. The squads for tonight’s game is as follows:

Hope we have an even contest tonight. May the better team win today. For regular updates, stay tuned to SpartanPokerNews.com. 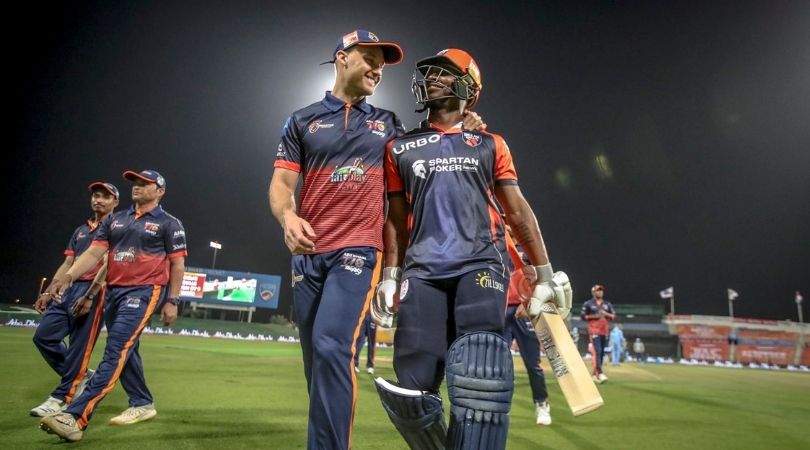