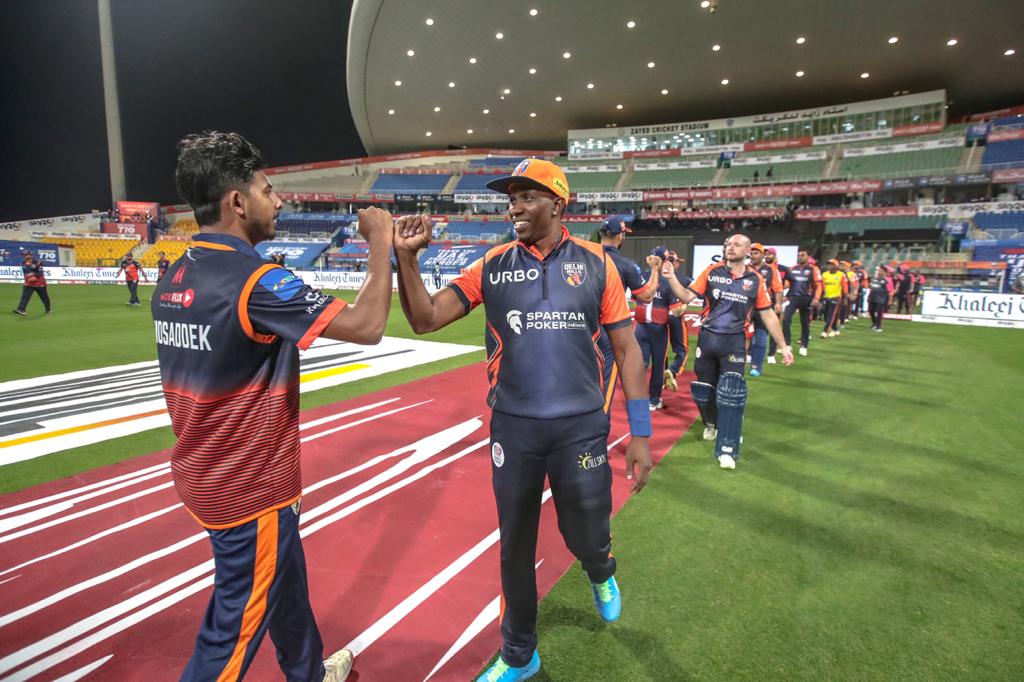 The second game of yesterday’s triple-header took place between defending champion Maratha Arabians and Delhi Bulls. Delhi Bulls, after winning the toss opted to bowl first, as that what has been working for all teams so far this season. Arabians batsmen failed to score some quick runs, as they ended the innings with a score of 87  for four.

The target for the Bulls was that of 88 runs to win this second match of the day. Gurbaz was the man to depart early for 4 runs. At that moment, they looked to be in a spot of bother. However, Ravi Bopara and Evin Lewis steadied the ship for their team. At the same time, Evin Lewis played a quickfire knock of 55 runs consisting 2 boundaries and 7 maximums.

Bopara played a steady knock of 28 runs as they put on a partnership of 85 runs for the second wicket. Eventually, they won the game within the first five overs of the match. It was a steady display of batting from both of the batsmen, but an entertaining partnership, that would act as a confidence booster for the whole team.

Lastly, they won the game against the defending champion of the previous season. Coach Andy Flower seemed to be happy and confident that they can pull the other games off the season with absolute ease. Captain Dwayne Bravo seemed very pleased with this second consecutive win as well.