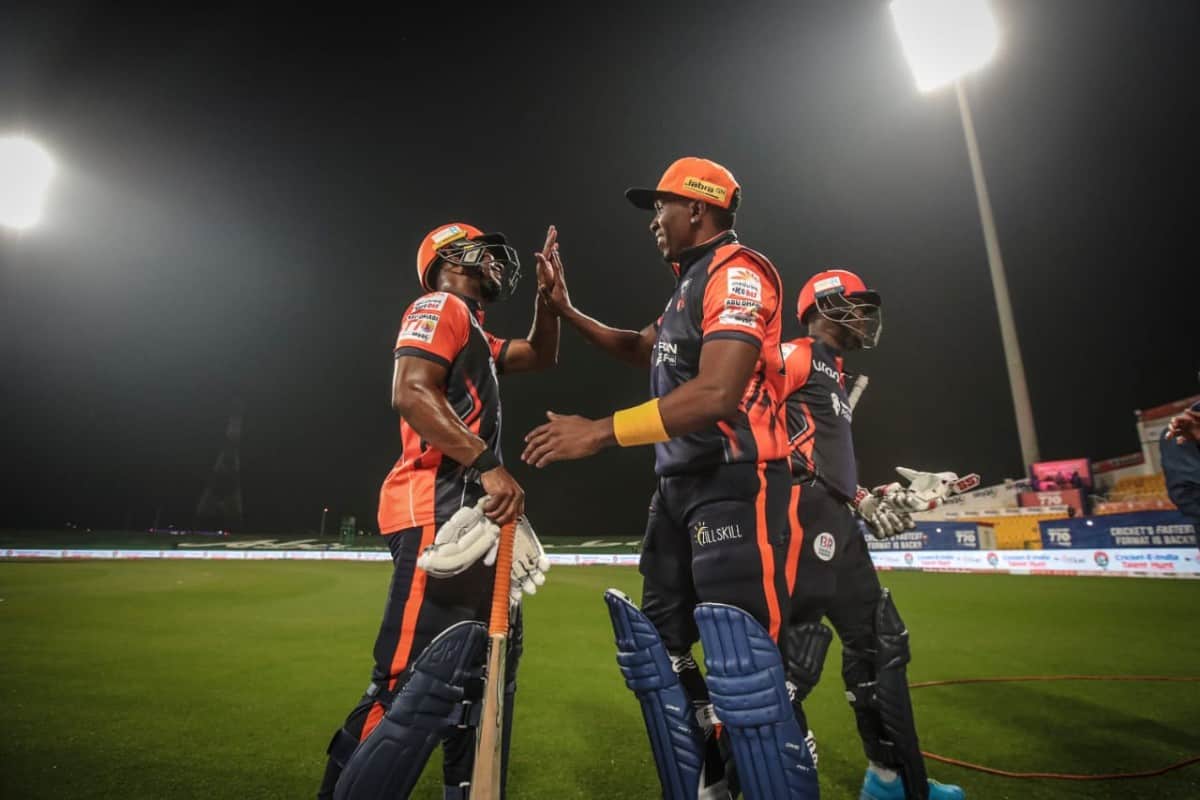 In the last two days of season 4 of the Abu Dhabi T10 League, we saw that Delhi Bulls pulled off two stunning wins against the Bangla Tigers, and Maratha Arabians. DJ Bravo, skipper of Delhi Bulls is impressed with the performance of his boys. He thinks that it was brilliant sportsmanship shown by his boys in the first two games of the round-robin stage. Bravo is confident that his team can pull off tonight’s game against the Northern Warriors, before progressing to the next stage of the Super League Round.

Delhi Bulls is a completely revamped team from that of the last season that was led by Eoin Morgan. In the first match, we could find some stunning performances from the batsmen like Gurbaz, Lewis, and Bopara to seal off a win against the Bangla Tigers. They were chasing a target of 129 runs and pulled it off in a brilliant fashion.

In the second game against the Maratha Arabians, their bowlers choked the batsmen and restricted them to a modest score of 87 runs.  On the other hand, their batsmen chased it off within the first 5 overs of the game with absolute ease.  It was a brilliant performance from Evin Lewis and Bopara as they scored 55 and 28 runs respectively.

The team management and the coaching staff are happy with their performance and believe that they can continue the winning attitude in the rest of the tournament. #DilSeDilli.

Some images of the team so far this series: